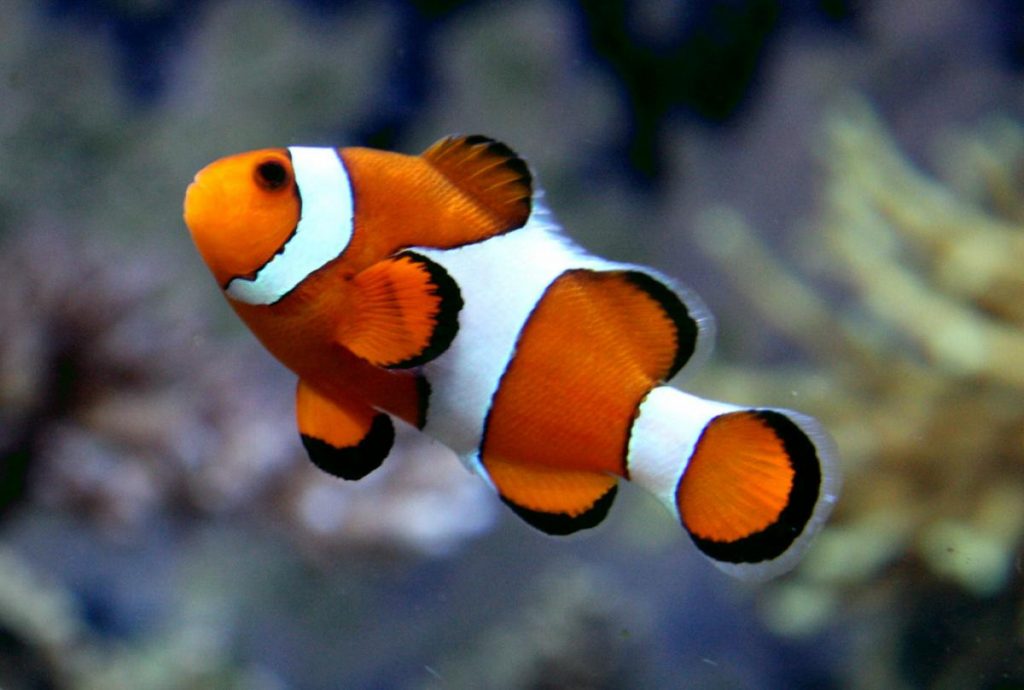 RANDOM EVOLUTION OR THE ETERNAL’S CREATION?
The Clown Anemone Fish (Amphiprion percula) is one of the dozen or so species of anemone fishes living in both Atlantic and Pacific oceans. They live commonly in close relationship with certain sea anemones.
The anemone’s tentacles have explosive stinging cells capable of capturing and killing most fish coming in contact. Yet, the colourful Clown-fish is immune to these poisonous tentacles.
In fact, the Clown-fish lives comfortably in his own ‘feathery bed’ of anemone tentacles, without harm. And to aid the anemone, the Clown-fish brings bits of food home to actually feed his partner, the anemone.
Evolution can not explain this surprising example of symbiosis – two totally separate species living together for mutual benefit. Studies have shown that the various species of anemone fishes have protective mucous coatings which prevent the anemone from discharging its lethal stinging cells.

Both Clown-fish and anemone live quite well without the other. In fact, many such species live separately in the oceans today. Yet, each does benefit from the other’s help (The anemone protects the Clown-fish and the Clown-fish brings food to the anemone).
They could have never evolved to this state of mutualism since it is not necessary for their existence. Mutualism is ‘a relationship between two organisms in which they live together and benefit each other’ – Cambridge Dictionary
Interestingly the clown-fishes are ‘hermaphrodites’ having the sex organs of both male and female present within the same animal. The school of clown-fish is represented by a single dominant female and multiple males. The female is bigger in size than the males. The female clown-fish is the one that controls the group by occupying the highest position in the hierarchy. The interesting thing about the clown-fish society is that when the dominant female dies due to some reason, the dominant male in the group immediately senses the leadership gap and becomes female clown-fish. Once it changes its gender from male to female, it develops all the characteristics of female and become the leader of the group.
[Source: ‘Some Fishy Stories (G Armstrong) and Leadership traits of Clown-fish (Dr S Ranganathan)]