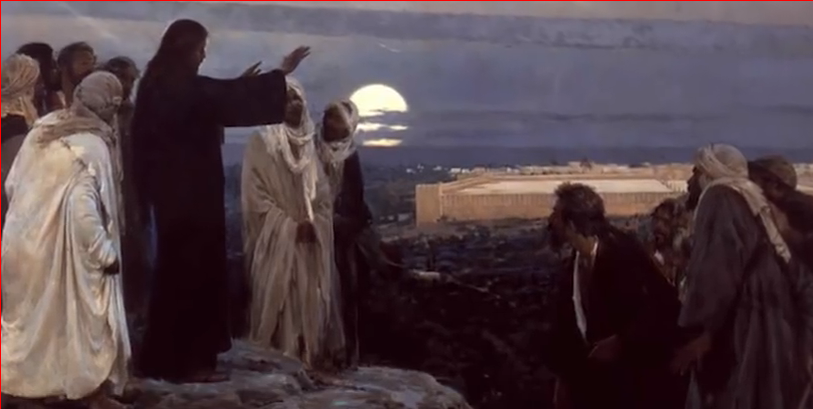 NAZARENES, GO AND PROCLAIM THE MESSAGE OF  YESHUA THE MESSIAH!

If you are a believer in Messiah Yeshua then you have been grafted into the commonwealth of Yisra’el (The Olive Tree) and contrary to nature will produce fruit that resembles or are the SAME as Yisra’el – Romans 11:24
(Yisra’el does not refer to the nation known today by the same name although part of it is also Yisra’el , it refers to the people of יהוה, the Eternal who first assembled at mount Sinai after leaving Egypt. It was composed of the 12 tribes of Israel and many other people from other nations. Today they are scattered all over the world. It is also a spiritual dimension. )

The <sect of the Natzratim> (Nazarenes) – a Hebrew word derived from “Natzeret”(Nazareth) the town where Yeshua the Messiah lived most of His life. The Greek word used here is “Nazôraios”; it is used six times in Acts and five times in the Gospels as descriptive of Yeshua himself…
Today a similarly derived Hebrew word, “Notzrim” is the ordinary word for “Christians”…
Tertulius wants Felix to understand the Natzratim as a Messianic group, and that any group supporting a Messiah is loyal to a different king and subversive of Roman hegemony.
(Taken from the Jewish New Testament Commentary by David H. Stern. Copyright © 1992. All rights reserved. Used by permission of Messianic Jewish Publishers, 6120 Day Long Lane, Clarksville, MD 21029. www.messianicjewish.net.)

In the 4th century, Jerome {theologian and historian 382 after Yeshua} refers to Nazarenes as those:

“who accept Messiah in such a way that they do not cease to observe the old Law.”

Epiphanius {Bishop of Salamis 370 after Yeshua} wrote about them in 370 CE:

They use not only the New Testament but the Old Testament as well… they have the Good News according to Matthew in its entirety in Hebrew. For it is clear that they still preserve this, in the Hebrew alphabet, as it was originally written.
(Ephiphanius; Pan. 29)

As a follower of Yeshua the Messiah, a Nazarene loves the Eternal (יהוה) above all things and his fellowmen as himself – Deuteronomy 6:5; Leviticus 19:18; Matthew 22:37-39.
A Nazarene also believes the following:

[YESHUA]
Yeshua (יושע),  the Son of יהוה, is not almighty.
Yeshua is the manifestation of the Creator’s expression in Genesis 1:3 “Let there be light”.
Yeshua is the Way, the Truth and Light of the world
Yeshua is the Messiah.

Every Nazarene is commanded by Yeshua the Messiah to fulfil the Great Commission which is to take his message to the ends of the earth:

“Go and teach them to carry out all the things that I have commanded you – forever”
(Ancient Hebrew Matthew 28:19-20)

NAZARENE BROTHER/SISTER TAKE YESHUA’S MESSAGE
WHEREVER YOU POSSIBLY CAN!

Unless otherwise noted, all Scripture was are taken from The Scriptures
Copyright by Institute for Scripture Research.
Used by permission.