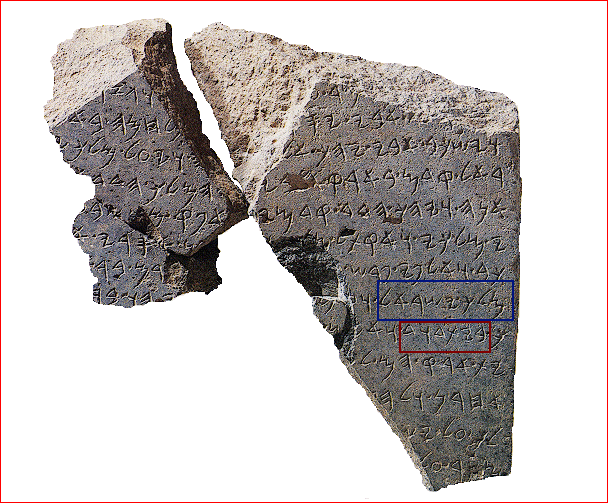 In the blue box is the phrase מלך ישראל (melekh Yisrael), which means ‘King of Israel’. In the red box is the phrase בית דוד (beyt David), which means ‘House of David’.
Once this stele was discovered the critics had to admit that King David did in fact exist.
This same scenario has occurred time and again and many events, people and places thought to be fabrications have been discovered in the archaeological record, some of which are documented at Biblical Archaeology: Factual Evidence to Support the Historicity of the Bible – Christian Research Institute.