The Eternal commanded Abraham to leave his land, his relatives and his father’s house.
Abraham obeyed without hesitating and left Ur, went up through the strip of land called the Fertile Crescent passing through Syria and went down to Canaan, where the story of Abraham and later on that of Israel, develops.
Throughout his sojourn, Abraham built four altars. They represent the stages of his experience and growth in the faith. Ur was a polytheistic city, in other words, the people of Ur worshipped many gods. However, some scholars believe that Abraham was henotheistic (he acknowledged many gods but worshipped only one Supreme Eloah, the Eternal, יהוה).
Scripture tell us that Abraham was the Eternal’s friend

The fact that the Eternal called him His friend proves that Abraham had reached a very high level of faith.  Abraham became the friend of the Creator of the universe. He is the only man in Scripture that is called the friend of Eloah(the Eternal). However, this friendship did not arise overnight, it did not arise through a simple prayer.
The friendship between the Eternal and Abraham arose after many years of experience, living and walking in the ways of the Eternal until his life became perfect at the fourth altar where that friendship was firmly established. David was a man after the Eternal’s own heart, Enoch walked with the Eternal, however only Abraham has the title of ‘friend of the Eternal’. What greater honour can there be than this, the Eternal Himself gives testimony of His friendship with a man? 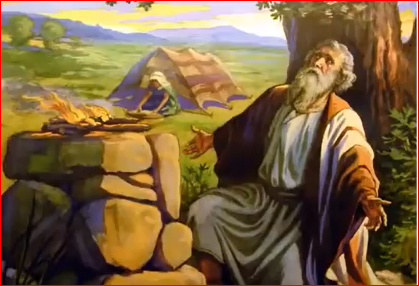 THE FIRST ALTAR – THE ALTAR OF HOPE

This altar was built between «Sheḵem» (shoulder, support) and  «moreh» (teacher).
During the first stages of our walk with the Eternal, we need a teacher (moreh) or teachers («morim») to guide us, to help us, to clarify things along the way, to teach and enlighten us.
It is an altar associated with the proof of obedience, which started when Abraham left Ur of the Chaldeans.

In doing so, he left behind relatives, perhaps a house and even an inheritance, although he left with a big group of people (his wife, relatives, and servants) and animals (camels and cattle). Leaving people and things behind is part of starting to walk with the Eternal. 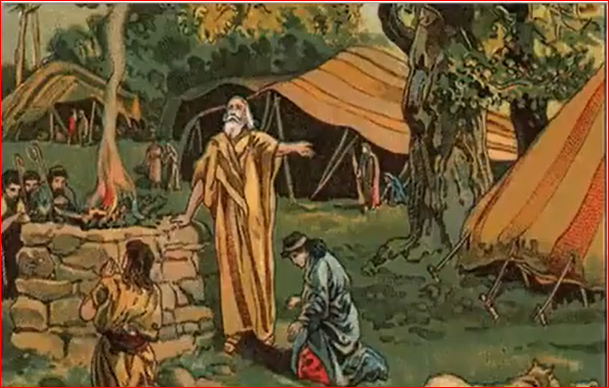 THE SECOND ALTAR – THE ALTAR OF PRAYER

When we talk about restoring the Hebrew Roots of our Faith, we are not talking about restoring Jewish customs or the Jewish teachings of the Talmud. To restore the Hebrew roots of our faith means to restore the faith of Abraham, his way of worship, and his teachings (he teaches us not only in words but also in deeds). His teachings include the good and the bad, as we can also learn from his mistakes.
This altar was erected between «Beyth El» (house of theEternal) and «Ai» (vanity). This was around the time that Abraham went down to Egypt. When he went back to Canaan, he brought with him two big problems from Egypt:
1- He became richer
2- He brought Hagar (who later became his concubine) with him.
This altar is associated with the test of the motives of his heart. 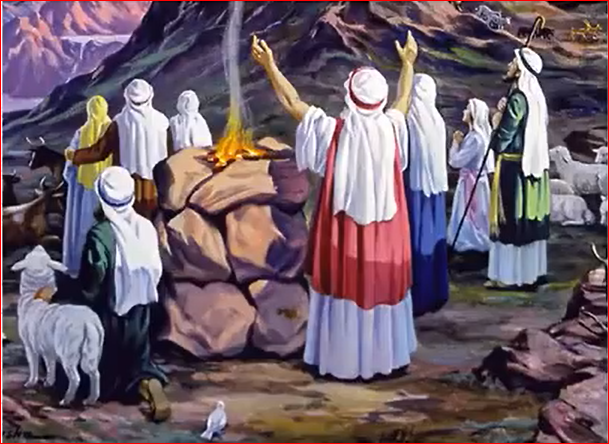 THE THIRD ALTAR – THE ALTAR OF COMMUNION

«Mamre» means manliness and «Hebron» means society or friendship, stable, strength, firm.
The sacrifices that took place in antiquity, especially in Abraham’s time, were not holocaust type sacrifices that put over the fire and burned completely before the Eternal, instead, they were more like cultic banquets that were prepared for the whole family. In other words, they sacrificed the animal and offered it to the Eternal, and later they would eat the sacrificed animal. The sacrifice was a feast for the family. Therefore, it makes sense that Hebron means society or friendship. These cultic banquets were a means to promote friendship through the association of eating together, besides worshipping together. It is important to restore this as well. It is not to say that we should restore the type of sacrifices that the ancients performed, instead, we should eat together with our brethren, share love, and above all worship together. A good time to do this is during the Feasts of the Eternal, which are memorials but also occasions in which we can socialise with our brethren. By this time, Abraham attained a firm and stable level of faith.
This altar is associated with the test of faith.

It could be called the altar of challenge. The Eternal challenges Abraham <walk before Me and be perfect>. To be perfect does not mean never to sin or never make a mistake this is not Scriptural perfection. Perfection in Hebrew Scripture is to have integrity, to be upright, to be irreproachable in general terms. 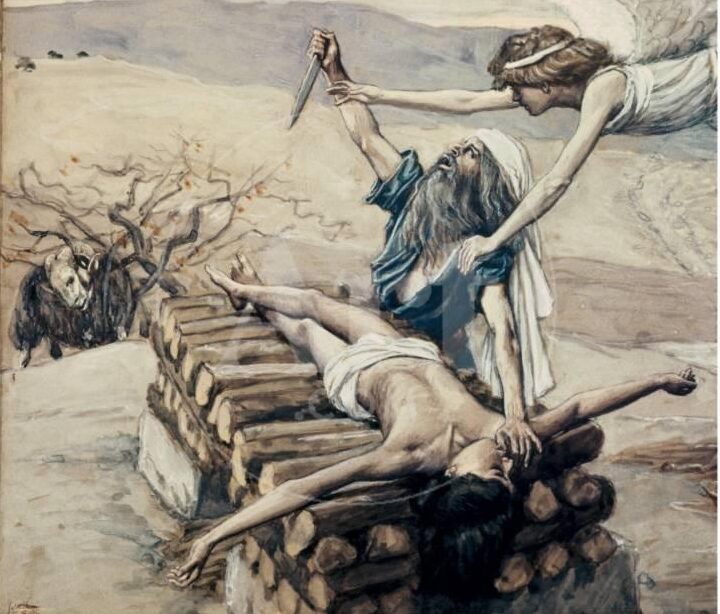 FOURTH ALTAR – THE ALTAR OF SACRIFICE

What a terrible scene! Abraham was willing to sacrifice his son but at the same time, he was in agony.
Why call it the altar of sacrifice if he did not kill his son? It was a sacrifice for Abraham just to intend to kill Isaac. There are two ways of seeing this
a) it was the altar where Isaac was to be sacrificed (which did not happen)
b) the place where Abraham intended to kill Isaac.

This whole process, up to the moment when Abraham raises the knife to kill Isaac was a process of tremendous agony.
«Moriya» means the chosen of the Eternal. The Eternal chose this mountain. It was here where Abraham reached the highest level in his spiritual life and he reached the deepest point in his walk with the Eternal. Having experienced what these verses describe, he qualified to be called the ‘friend of the Eternal’.

This altar relates to love and friendship.
With these four altars, we can see the progress and the development in the walk with the Eternal of one of the most distinguished and emblematic men in all the Sacred Scriptures. Through this study, we realise that faith is not something prefabricated and although we are born with many qualities, such as the ability of reasoning, we are not born with faith. Faith is acquired with experience and the Almighty gives it. Faith is a quality that develops gradually throughout a person’s life and through the walk with Elohim.
When we have an ailment or suffering remember that we acquire faith through suffering, through our errors. Our mistakes allow us to know ourselves and to realise that we have plenty to learn. Faith is developed through learning as well, we need to learn many things but especially spiritual and above all the spiritual walk. Right now, all of us are in a spiritual walk. Some walk ahead while others walk behind but we are all walking through life. Some walk alone, some walk with bad company, and others walk with the Eternal. Those who achieve more are the ones who walk with the Eternal because although they have the same suffering they see life differently and the result will be different because it will be according to the will of Almighty יהוה.
[A teaching by Yosef Alvarez – transated by Nazarene Notes