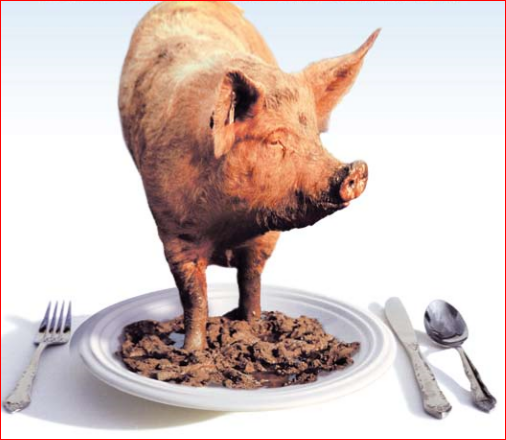 The pig or swine is a very popular food item with most Christians. Yet, they are unaware that the Eternal ( יהוה) they profess to believe in had condemned the eating of swine’s flesh. The condemnation was based on some very sound biological, principles. Here are some facts on pork that prove it to be a very unhealthy food to eat.

There are other reasons grounded in biological facts that could be listed to show why pigs and swine should not be eaten. But a true Christian should only need one reason why not to eat this type of food and that is because the Eternal (יהוה) prohibited it. Those who say that Yeshua the Messiah abolished the law condemning pork are motivated by their stomach, not Scripture. The problems with pork are biological, and Messiah never changed the laws of biology.
From the “Covenant Messenger” (2007) – CM credits source as International News for your Health.
In the original:
The Eternal (יהוה) appears as ‘God’; Yeshua appears as ‘Jesus’; Messiah appears as ‘Christ’;
the Scriptures appears as the Bible.

Unless otherwise noted, all Scriptures are from The Scriptures,
Copyright by Institute for Scripture Research.
Used by permission.