Who was Yeshua’s father? Was he the Son of Elohim?
Was Yoseph (Joseph) his adoptive father?
Scripture and the principles within provide the answers. 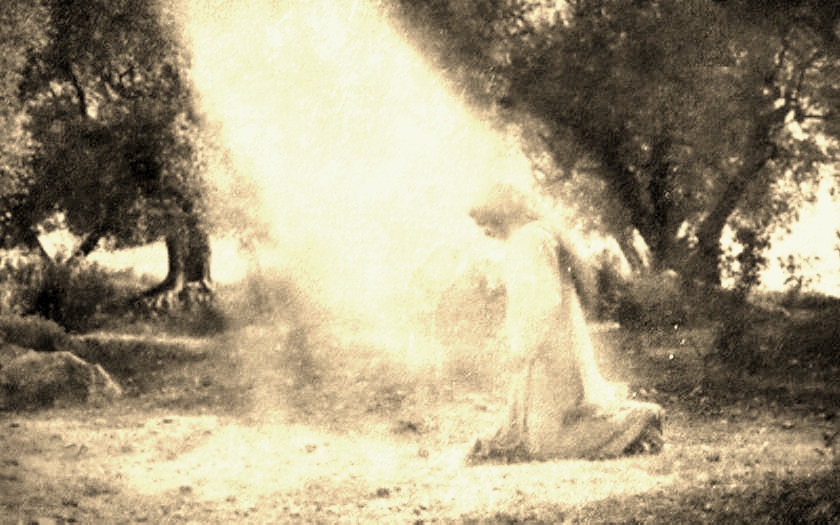 BEHOLD A MAIDEN SHALL CONCEIVE AND BEAR A SON
Miryam{Mary}, the mother of Yeshua, was visited by a messenger from Elohim and the following supernatural event took place

In verse 18 we see that Miryam was already engaged to Yoseph but they were not living together yet. Before Yoseph had marital contact with her she was found pregnant by the Ruach HaKodesh (Holy Spirit) or the Power of the Eternal.
Further on in verses 22 and 23 we read that this was the fulfilment a prophecy

The word maiden (some versions render it virgin) is translated from the Greek word «parthenos» which in turn was translated from the Hebrew word «almah».
There are three Hebrew words that are translated as parthenos:
● naara – girl from infancy to adolescence; teen, maiden, lass
● almah – young maiden who has not had her first menstruation [The Jerusalem Talmud].
Rashi (1040-1105), a French Rabbi, writes about Isaiah 7:14,

“… some interpret that this is the sign, that she was a young girl (almah) and incapable of giving birth”
[this was the case with Miryam]

● bethula :– virgin, maid, maiden [Strong’s Concordance] ; pure, unspotted; separated and excluded from intercourse with men [Gesenius’ Hebrew-Chaldee Lexicon]
When we see the word ‘virgin’ (from the Greek: parthenos) one of these three words mentioned above is involved. In the case of Miryam, as in Isaiah 7:14, it is almah.

Miryam was a young maiden that had not had her first menstruation. In the Hebrew world of the first century, marriages were made from an early age so, a young maiden like Miryam could be engaged even if she had not ovulated yet.
She confirms that she has had no sexual contact with any man in Luke

THE JEWISH WEDDING
Since ancient times and up to the present day, the Jewish wedding consists of two ceremonies approximately one year apart from each other. The first ceremony is called «kidushin» translated as betrothal or engagement. It means the setting aside and separating a particular woman for a particular man. At this stage the couple does not live together and has no marital contact but are already considered husband and wife [Yosef and Miryam were at this stage]. According to Jewish tradition sexual contact during the engagement stage was considered a more serious offence than adultery after marriage.
After a year comes the second ceremony called «nisu’in» which is the wedding in itself. After this ceremony the marriage is consummated.

THE TRADITIONAL CHRISTIAN OR GRECO-ROMAN VIEW
The traditional Christian view of the supernatural event of Matthew 1:18 is that the Ruach HaKodesh (Holy Spirit) came over Miriam and she conceived therefore Yeshua was born of a virgin without a biological father. They go on to say that she was a virgin before, during and after her pregnancy. This contradicts Scripture

Many of the heroes of the Greco-Roman world mythology were products of the relations between immortal gods with human women and when the child was born, the husband of the woman involved would take care of the half-god, half-human child.
The traditional Christian view is in harmony with Greco-Roman mythology. The Eternal produces a man/god child, through Miryam, and Yosef adopts the child.
This view is in contrast with Hebrew thought and therefore, with Scripture. The thought of the Eternal fathering a child is repulsive to Hebrew thought.
In Scripture there are various examples of supernatural conception.

EXAMPLES OF SUPERNATURAL CONCEPTION IN SCRIPTURE
The Birth of Yitshaq (Isaac) :
Abraham was 100 years old and Sarah his wife was 90, and barren. The Eternal spoke to Abraham and said
<“And I shall bless her and also give you a son by her“>
and further on
<Sarah your wife is truly bearing a son to you>
and for the third time
<“But My covenant I establish with Yitsḥaq, whom Sarah is to bear to you at this set time next year>”.
On these occasions the Eternal (יהוה) tells Abraham that the child that is to born belongs to him (Abraham): <give you a son by her”>, <bearing a son to you> and <Sarah is to bear to you>. And when the appointed time came <…יהוה visited Sarah as He had said, and יהוה did for Sarah as He had spoken. So Sarah conceived and bore Abraham a son in his old age>
The Eternal made the conception possible but Yitshaq was the biological son of Abraham.

The Birth of Shemu’el [Samuel] :
Elqanah, the father of Shemu’el (the prophet)l had two wives Hannah and Peninnah (who had children). Hannah had no children <because יהוה had shut up her womb>. Scripture says that Elqanah
<knew his wife and יהוה remembered her, Hannah conceived and bore a child and called his name Shemu’el>.
If we read further we see that
<…יהוה visited Ḥannah, so that she conceived and bore three sons and two daughters>.
Here the same as with Sara, the Eternal <visited Hannah>. It does not speak of the intervention of Elqanah but it says that the Eternal visited Hannah.

The birth of a child without the consent of the parents was not foreign to the Hebrew world of the first century. The Eternal has always operated in a supernatural manner with special persons such as Yitshaq (Isaac – son of Abraham), Yoseph (son of Yaq’ob), Shimshon (Samson), Shemu’el (Samuel) and Yohanan (John) the Immerser. In all these cases, none of the mothers involved could conceive. The Eternal intervened and a miracle took place.
The Eternal created the cells to form the embryo while the egg and the spermatozoa were from the parents.

SON OF ELOHIM
The Jewish historian Philo of Alexandria (20 BCE – 50 after Yeshua) gives us useful information to better understand the Hebraic mind of the first century. We can gather two important concepts from his writings.
The first concept we will look at is about virginity. In the mind of Philo and that of the first century Hebrews, an old woman whose menstruation had stopped was considered a virgin. Scripture says that Sarah

THE MESSIAH HAD TO BE A DESCENDANT OF DAWID
In the Hebrew world, the lineage of a person comes through the father. Adoption does not transmit lineage, therefore, if Yeshua was adopted by Yoseph and was not his biological son, he could not be of the bloodline of Dawid and would have no right to the throne of Dawid. This means that Yeshua could not have been the Messiah because according to the Tanach the Messiah had to be a legal descendant of Dawid.
In the Tanach [Old Covenant Writings] Isaiah and Jeremiah clearly state that the Messiah
[Hebrew: «Moshiach»] would be from the lineage of David

The Eternal, through the prophet Nathan, promised Dawid that

YESHUA’S LINEAGE
Conception, which is the union between the female egg and the male spermatozoa, is by the power of the Eternal. If the author would have wanted to say that Yeshua had no biological father or that he was adopted by Yoseph, there would have been no point in registering Yeshua’s genealogy in the first chapter of Matthew if it did not belong to him.
Yeshua’s Davidic lineage comes through Yoseph, who is identified

YESHUA IS THE MESSIAH
In the book of Revelation, Yeshua is described as being

<the Lion of the tribe of Yehudah {Judah} and from the root of Dawid> – Revelation 5:5

At the end of the book of Revelation Yeshua says

<I am the Root and the Offspring of Dawid>.

The identity of Yeshua son of Dawid came through Yoseph son of Dawid.
That is the reason why Yoseph is called ben Dawid (son of David). That title belongs to the Messiah and His ancestry.
Yoseph son of Dawid, through the Power of the Eternal, was the biological father of Yeshua.
Yeshua, through Yoseph, was of the line of Dawid and born of a virgin therefore He is the Messiah!
Sources:
Avdiel Ben-Oved, Yehuda Shurpin, David  Stern, Aristides Moreno, Encyclopedia Judaica, Hebraic Roots Version and the Aramaic-English New Testatament.

Unless otherwise noted, all Scripture was taken from The Scriptures,
Copyright by Institute for Scripture Research.
Used by permission.