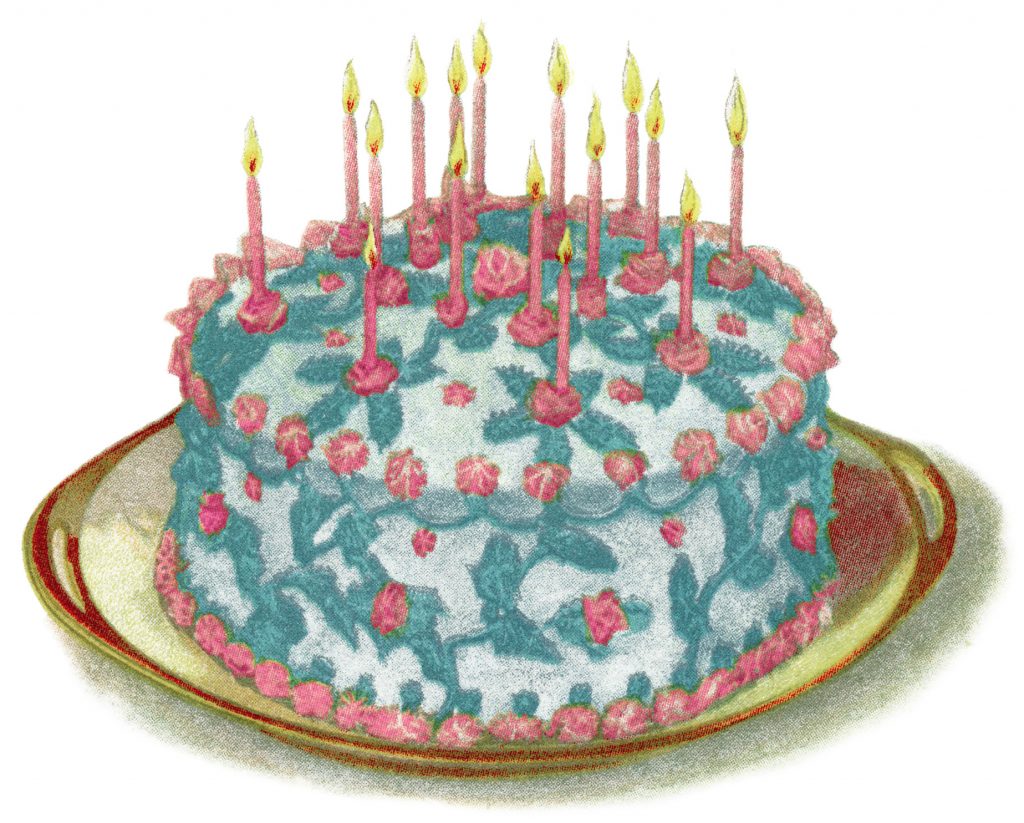 The author of this article uses YEHOVAH when referring to the Most High
The Messiah told His disciples to “remember” Him in His death, but there is not a word in Scripture, from Genesis to Revelation, which tells us to celebrate His birth. Moreover, who knows exactly when, and in what month, He was born? The Bible is silent thereon. Not surprisingly then, the ancient Jews did not celebrate birthdays, regarding them as Pagan.
HOIM (Hope of Israel Ministries) does not necessarily endorse anything outside or beyond the testimony against the pagan practice of birthday keeping in, or from, any of the information or sources quoted in this article. There is an affinity of such commemoration among the wicked as recorded in The Satanic Bible  regarding Birthdays:
“The highest of all holidays in the Satanic religion is the date of one’s own birthday. This is in direct contradiction to the holy of holy days of other religions, which deify a particular god who has been created in an anthropomorphic form of their own image, thereby showing that the ego is not really buried. The Satanist feels: ‘Why not really be honest and if you are going to create a god in your image, why not create that god as yourself.”
Every man is a god if he chooses to recognize himself as one. So, the Satanist celebrates his own birthday as the most important holiday of the year. After all, aren’t you happier about the fact that you were born than you are about the birth of someone you have never even met? Or for that matter, aside from religious holidays, why pay higher tribute to the birthday of a president or to a date in history than we do to the day we were brought into this greatest of all worlds? Despite the fact that some of us may not have been wanted, or at least we’re not particularly planned, we’re glad, even if no one else is, that we’re here! You should give yourself a pat on the back, buy yourself whatever you want, treat yourself like the king (or god) that you are, and generally celebrate your birthday with as much pomp and ceremony as possible.”
(Anton Szandor LaVey, (Air) Book of Lucifer – The Enlightenment, Avon Books, 1969, Ch XI, “Religious Holidays,” p. 96)

It is interesting that birthdays are considered the most important holiday to these Satan worshippers (the founding of their “church”, called «Walpurgisnacht», and Halloween are the other ones of importance to them).
Of course, early Christians did not celebrate birthdays nor did the early Jews. Nor have real Christians ever celebrated Halloween.
Origen of Alexandria, writing over two centuries after the death of Messiah follows this same line when he recorded a diatribe against the memories of birthdays, indicating that at the time of his writing, a day to remember the birth of the Messiah was not part of the church calendar. In his Homilies on Leviticus, speaking on the aspect of birth, Origen states:

“…not one from all the saints is found to have celebrated a festive day or a great feast on the day of his birth. No one is found to have had joy on the day of the birth of his son or daughter. Only sinners rejoice over this kind of birthday. For indeed we find in the Old Testament Pharaoh, king of Egypt, celebrating the day of his birth with a festival, and in the New Testament, Herod. However both of them stained the festival of his birth by shedding human blood…But the saints not only do not celebrate a festival on their birthdays, but, filled with the Holy Spirit, they curse that day (after the example of Job, Jeremiah, and David).”
(Homilies on Leviticus: 1–16 /Origen, Barkley, 1990, 156.)

WHAT IS THE ORIGIN OF BIRTHDAY CELEBRATIONS?
Birthday celebrations are actually rooted in paganism.
The Encyclopedia Americana (1991 edition) states:

“The ancient world of Egypt, Greece, Rome, and Persia celebrated the birthdays of gods, kings, and nobles.”

Authors Ralph and Adelin Linton reveal the underlying reason for this. In their book The Lore of Birthdays, they write:

“Mesopotamia and Egypt, the cradles of civilization, were also the first lands in which men remembered and honoured their birthdays. The keeping of birthday records was important in ancient times principally because a birth date was essential for the casting of a horoscope.”

So, there is a direct connection between the Pagan practice of birthday celebrations and astrology (horoscopes and fortune-telling).
Not surprisingly then, the ancient Jews did not celebrate birthdays, regarding them as Pagan.

“The early Christians did not celebrate His [the Messiah’s] birth because they considered the celebration of anyone’s birth to be a pagan custom.”

Down to the fourth century, Christianity rejected the birthday celebration as a pagan custom.
To satiate this point, notice also the record of the first-century historian Josephus the Jews in the Messiah’s day knew YEHOVAH’s attitude toward birthday celebrations,

“Nay, indeed, the law does not permit us to make festivals at the births of our children”
(Flavius Josephus, Against Apion, Book II, section 26).

HISTORY OF CELEBRATIONS OF BIRTHDAYS IN THE WEST
It is thought that the large-scale celebration of birthdays in Europe began with the cult of Mithras, which originated in Persia but was spread by soldiers throughout the Roman Empire. Before this, such celebrations were not common; and, hence, practices from other contexts such as the Saturnalia were adapted for birthdays. Because many Roman soldiers took to Mithraism, it had a wide distribution and influence throughout the empire…
(Wikipedia. Birthdays. July 12, 2007 version).
Christmas is also relevant because December 25th was the day of celebration of the birthday of the sun-god Mithra. The World Book Encyclopedia notes:
“Christmas…In 354 A.D., Bishop Liberius of Rome ordered the people to celebrate on December 25. He probably chose this date because the people of Rome already observed it as the Feast of Saturn, celebrating the birthday of the sun”
(Sechrist. Christmas. World Book Encyclopedia, Volume 3. 1966, pp. 408-417).
Long ago, the average person never paid any attention whatsoever to the anniversary of their birth. The initial pattern that developed concerned the celebrating of the birthday of their deity, once each year, at the winter solstice. This is the origin of Christmas since the winter solstice was considered the “re-birth” or “birthday” of the solar deity (Natalis Sol Invictus, or the Nativity of Sol, the unconquerable). This alone marks the behaviour as originating from the rebellion against Yehovah, Who is the one and only Elohim of Heaven and Earth. Remember that Yehovah commanded that we not learn the ways of the heathen – Deuteronomy 12.
Later, people began to celebrate the annual birth of their king at the same time as their deity, aligning their ruler with the same honours given to their deity. In their minds, their ruler became an anthropomorphic version of their deity. In the east, average people slowly began to celebrate their personal “birthday” once each year on what they believed to be “new year’s day.” Eventually, people developed the custom of observing their personal birthday on the annual day they were actually born.
Christmas was not among the earliest festivals of the Church. Irenaeus and Tertullian omit it from their lists of feasts; Origen, glancing perhaps at the discreditable imperial Natalitia, asserts (in Lev. Hom. viii in Migne, P.G., XII, 495) that in the Scriptures sinners alone, not saints, celebrate their birthday; Arnobius (VII, 32 in P.L., V, 1264) can still ridicule the “birthdays” of the gods. In their essay titled Birthdays, Jewishly, Lisa Farber Miller and Sandra Widener point out that the Encyclopedia Judaica is very blunt on this topic:
“The celebration of birthdays is unknown in traditional Jewish ritual.”
Originally, even as more and more Gentiles began to profess the Messiah (so much so that they outnumbered those of Jewish heritage that did), the early Gentile leaders also did not endorse the celebration of birthdays. No early church writer endorsed the observance of birthdays by Christians, nor are they ever listed in the early observances of the Christian church.
Therefore, the celebration of birthdays was clearly not part of <the faith which was once for all delivered to the saints> (Jude 3).
No early religious/church writing from the second century that I have seen (and I have read most that are available) seems to endorse (or even suggest) the celebration of birthdays by any who professed the Messiah.
Although he was not part of the Ecclesia of YEHOVAH, the writings of the early third-century Catholic theologian Origen of Alexandria show that even that late, Orthodox Catholics were against the celebration of birthdays. The Catholic Encyclopedia states:
“Origen, glancing perhaps at the discreditable imperial Natalitia, asserts (in Lev. Hom. viii in Migne,P.G., XII, 495) that in the Scriptures sinners alone, not saints, celebrate their birthday”
(Martindale C. Christmas, 1908)
Christmas is coming! Quite so: but what is “Christmas?” Does not the very term itself denote its source — “Christ-mass.” Thus it is of Roman origin, brought over from paganism. But, says someone, Christmas is the time when we commemorate the Saviour’s birth. It is? And WHO authorised such commemoration? Certainly, YEHOVAH God did not.
The Messiah bade His disciples <remember> Him in His death, but there is not a word in scripture, from Genesis to Revelation, which tells us to celebrate His birth. Moreover, who knows when, in what month, He was born? The Bible is silent thereon. It is without reason that the only “birthday” commemorations mentioned in YEHOVAH’s Word are Pharaoh’s (Genesis 40:20) and Herod’s (Matthew 14:6)? Is this recorded “for our learning?” If so, have we prayerfully taken it to heart?
hope-of-israel.org